How Does Satellite Radio Listening Compare To Las Vegas Radio? 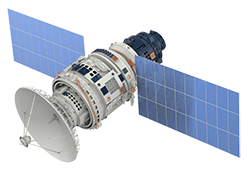 Some Clark County small business owners believe that local consumers have ditched their favorite Las Vegas radio stations in favor of music beamed to their cars from space. Is this true?

The short answer is no. Here are the facts.

There are 1.6 registered vehicles in the Las Vegas area.  Nearly 44% of these cars and trucks are equipped to receive satellite radio from Sirius/XM. To use the service, however, drivers must pay between $10.99 and $20.99 per month.

According to Nielsen,  though, satellite radio has had no effect on the number of people who tune-in to Las Vegas radio stations each week.  For that matter, neither has Pandora, a streaming audio service that is also owned by Sirius/XM.

Last week, for instance, nearly 90% of all adult consumers tuned-in to a Las Vegas radio station. Only 17.2%, however, listened to Sirius/XM, which is the only remaining satellite service.

There is historical significance to radio's 90% reach number mentioned above.

In 2001, XM radio sent its first satellite into the cosmos. The company was hoping consumers would pay the monthly subscription in exchange for receiving access to hundreds of entertainment channels in their cars wherever they might travel.

In 2003, Cadillac was the first automotive brand to make satellite radio standard in all of its new vehicles. Oldsmobile would follow a year later.

In 2002, Sirius launched a competing satellite radio service.  By 2006 both companies, according to Goldman Sachs, were on life-support.  So, for their mutually assured survival, they merged into a single service.

Bottom line: neither Sirius/XM nor Spotify and Pandora have diminished the reach of Las Vegas radio.

As a matter of fact, according to Nielsen, 100% of all satellite radio users in Clark County also listen to Las Vegas radio stations during the course of the week. On the other hand, only 19.5% of radio listeners ever tune-in to Sirius/XM.

Advertising on Sirius/XM, which is very expensive, probably does not make sense for a Las Vegas small business owner. Here's why:

So, despite being present on the dashboard of every new car sold, Sirius/XM is not a significant player among other advertising options available to Las Vegas business owners.