Advertising On Las Vegas Radio Is Back In The Driver's Seat

There are more than 1,400,000 car radios in the Las Vegas area. On April 4, though, many of these devices became quarantined along with their owners. That was the day when the Governor of Nevada shut down the state to slow the spread of COVID-19.

According to the Apple Mobility Index, the Governor's public-safety order caused traffic on Las Vegas roadways to plummet to 40% of pre-pandemic levels. 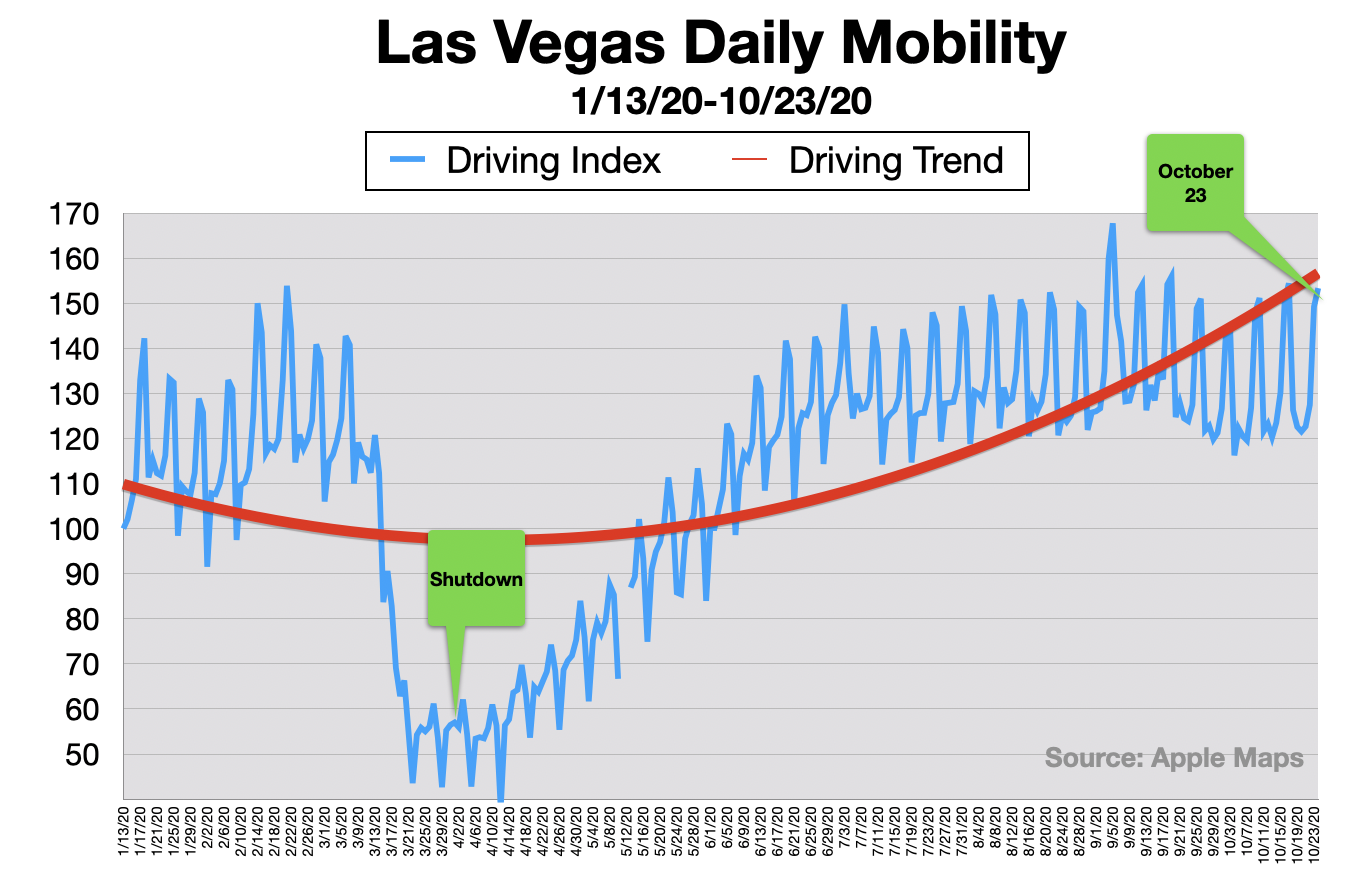 By the beginning of July, however,  the AMI indicates that traffic in Las Vegas began to exceed pre-Covid levels. The surge in mobility is due, in part, to work-from-home, furloughed, and laid-off employees returning to their workplaces.

During the Coronavirus crisis, Nielsen data shows the time local consumers spend listening to Las Vegas radio has remained little changed compared to pre-pandemic levels. In September of this year, for instance, adults spent 88% of the time with radio as they did during the same month last year. 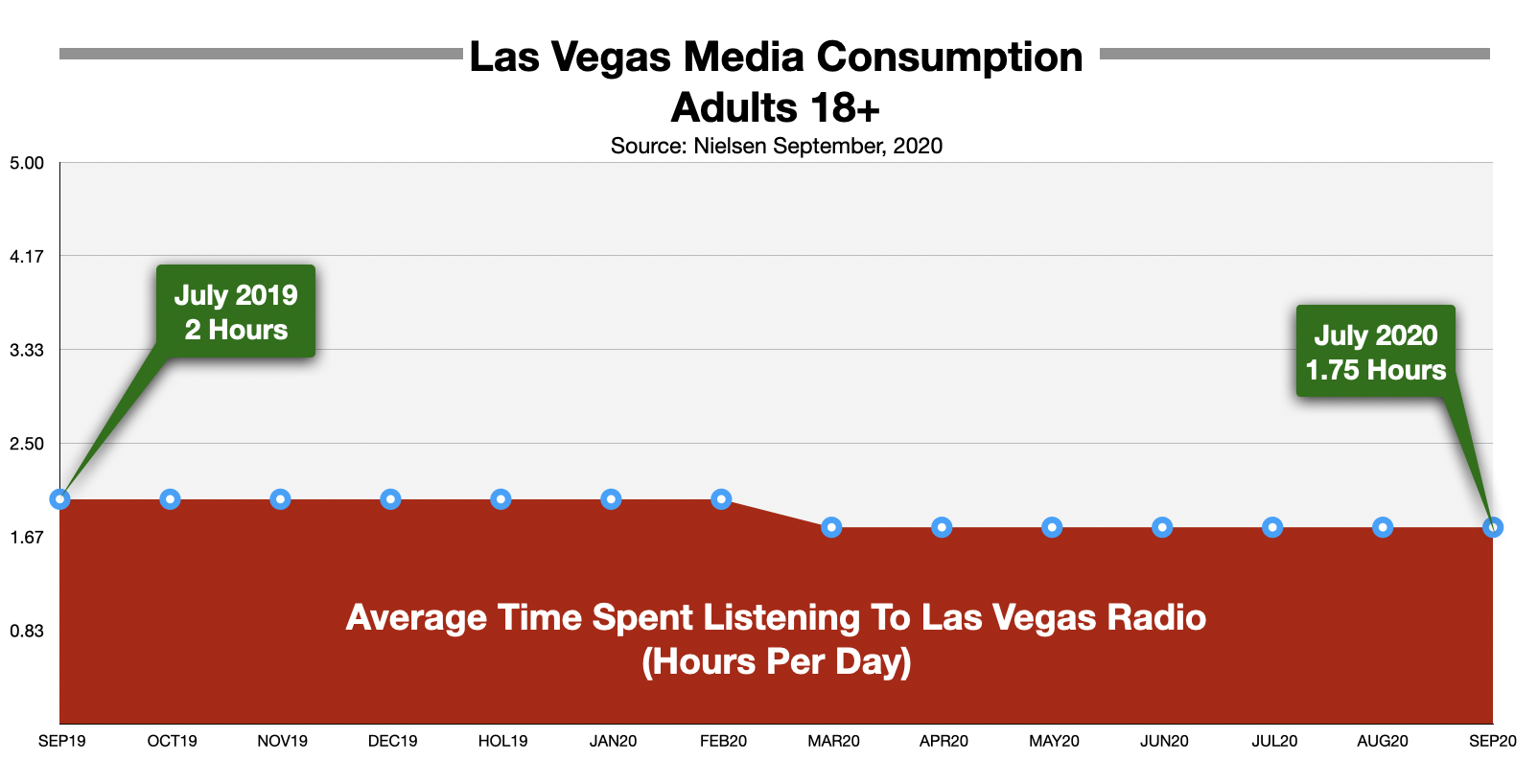 What has changed, however, is where consumers are listening to radio.

According to a study released last week by Edison Research, before the pandemic, 32% of all radio listening was in the car. During April, May, and June, however, that number fell to 20%. Most of the in-car audience shifted to listening at home.

During July, August, and September, as consumers began their return to the roads, the share of radio listening in the car expanded back to 28%.

Consumers who listen to radio in their cars are a treasured audience for Las Vegas small business owners and retailers.