Why Fitness Clubs and Gyms In Las Vegas Must Advertise Now

Almost 442,000 adult consumers in Clark County belong to a fitness club. These memberships bring in close to $820-million in sales to local gym owners.

January is critical for the small business owners that operate gyms in the Las Vegas area. According to the International Health, Racquet, and Sportsclub Association, this one month alone, accounts for 10.8% of annual membership sales. New Year's resolutions are the reason for this early year spike. 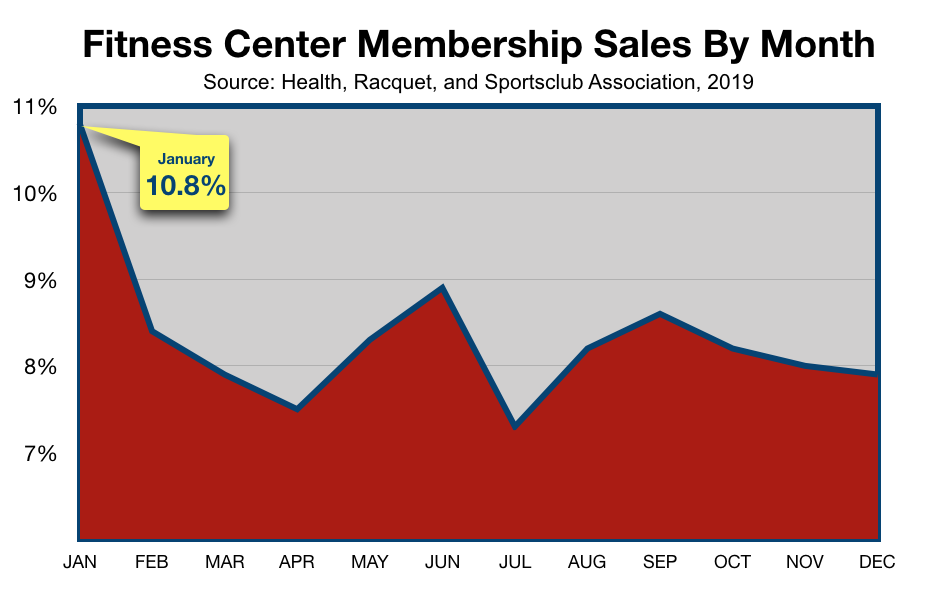 To capture a larger share of the $88.6-million local consumers  will spend on gym memberships in January, requires fitness center owners to advertise. The best way to do this is on Las Vegas radio. Here's why.

According to Nielsen, the media component of an advertising campaign that has the greatest effect on sales is reach.  This is the number of different people who are exposed to the marketing message.

Every week, more adult consumers tune-in to a Las Vegas radio station than watch local TV, read a newspaper, use social media sites like Facebook and Instagram, or log-on to a streaming audio site like Pandora and Spotify. 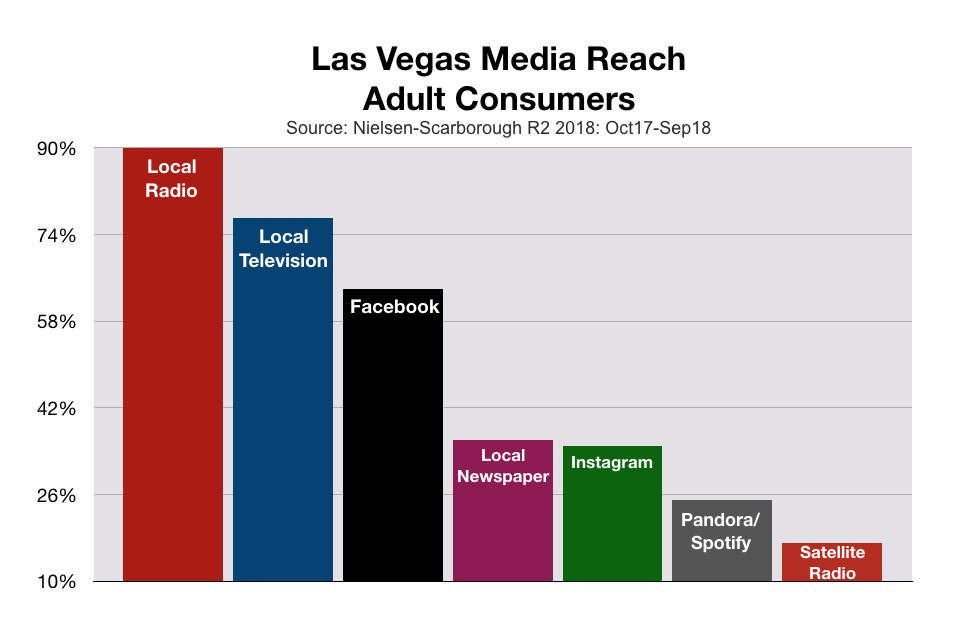 But more importantly, Las Vegas radio reaches 86.2% of all local consumers who have a gym or health club membership. This is far more than are reached by every other advertising medium. 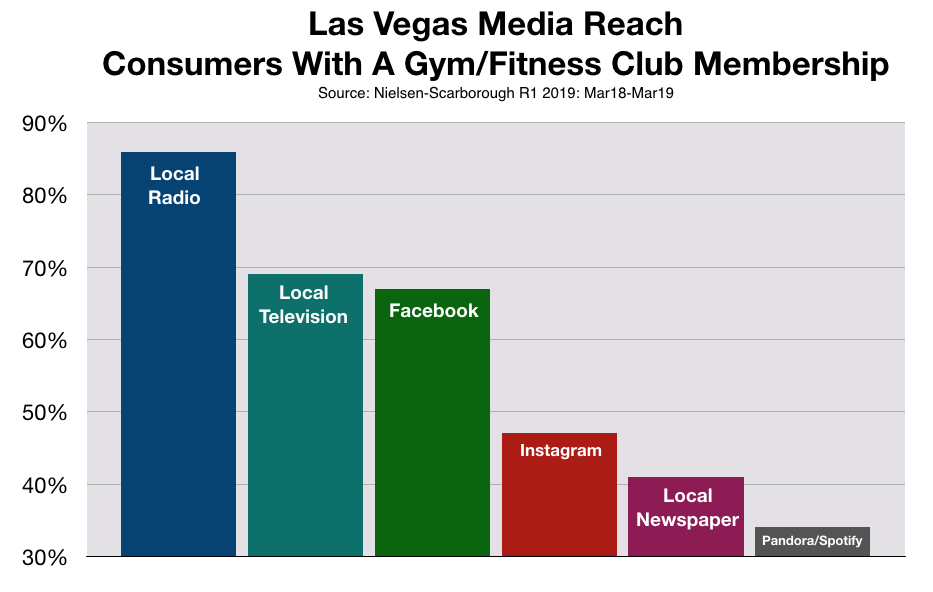 Las Vegas radio's dominant reach among fitness club members extends specifically to millennials. This generation accounts for nearly 40% of all consumers who belong to gyms.

Notice how, among millennials, radio's reach among remains consistent but, Las Vegas television is surpassed by the reach of Facebook and Instagram. 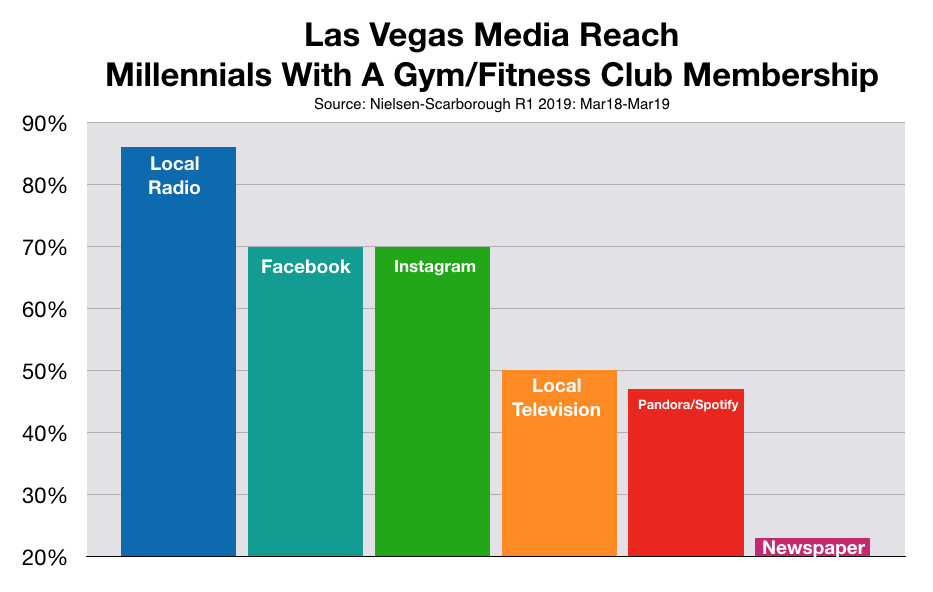 According to the IHRSA, advertising has become critical to the success of fitness club owners as competitors are popping up everywhere. In 2018, the number of gyms increased by 3%. Most business analysts expect this growth trend to continue.