Television Advertising In Las Vegas: Where Are The Viewers?

Broadcast television came to Las Vegas in 1953 when KLAS-TV signed on for the first time. In those days, very few local households actually owned a set, a number that would grow to 50% by 1960.

By the early 1960s, however, local cable systems began to bring higher-quality, reliable reception to households throughout the Las Vegas area. The number of programming options, though, remained limited to affiliates of ABC, NBC, and CBS.

In the early 1990s, Las Vegas viewers could not only receive their television programming over-the-air or by cable, but options expanded to include satellite delivery by DishTV and DirectTV.

The next TV innovation came in 2007 as Las Vegas consumers started turning to the internet to watch streaming channels like Netflix and Hulu.  These new services allowed viewers to watch TV on their phones, computers, and tablets as well as their living room LCD and Plasma screens.

Today, all of this video technology offers viewers the ultimate flexibility to choose how, when, and where to watch TV.  So, what are they watching?

According to a Nielsen study of viewing in May 2021, consumers are taking full advantage of all of their options. Of all time spent with TV, viewers spent 25% watching local television stations; 39% watching cable programming; and 26% watching streamed channels. 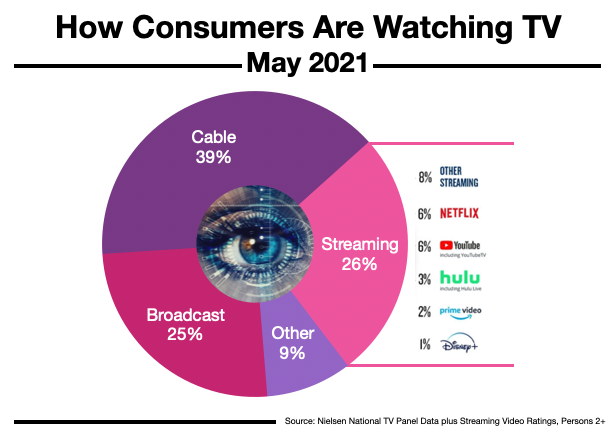 For Las Vegas business owners who rely on television advertising to market their goods and services, the time consumers spend with a particular medium is not as important, however, as the number of consumers each medium reaches.

Neilsen conducted a study to determine which components of an advertising campaign have the greatest effect on sales lift.  It turns out that after the content of the advertising message itself (creative), the number of different consumers exposed to the message (reach) is critical to generating increased sales.

Here is how each video medium in Las Vegas stacks up based on its ability to reach local, adult consumers. 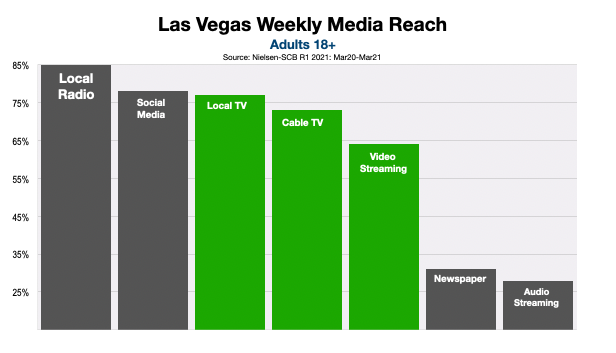 Over the past few years, as the eyeballs drift away from Las Vegas TV and Cable, savvy advertisers have been reallocating their budgets to include video streaming opportunities.

Until recently, most video streaming networks like Netflix and Hulu relied only on subscription revenue and did not offer advertising opportunities.  This is known as SVOD (Subscription Video On Demand)

To expand viewership amongst local consumers, other streaming networks are offering free or low-cost options. The trade-off, however, is that the content contains advertising, similar to traditional cable and TV.  Because these channels make money from advertising revenue, they are called AVOD (Advertiser-Supported-Video-On Demand). The most well-known of these channels are NBC's Peacock, Hulu, Paramount+, Fubo, Vudu, and Crackle.

According to IAB, 45% of all consumers who watch OTT/CTV regularly are tuning in to AVOD networks. This makes OTT/CTV a viable advertising medium for Las Vegas small business owners to market their goods and services. 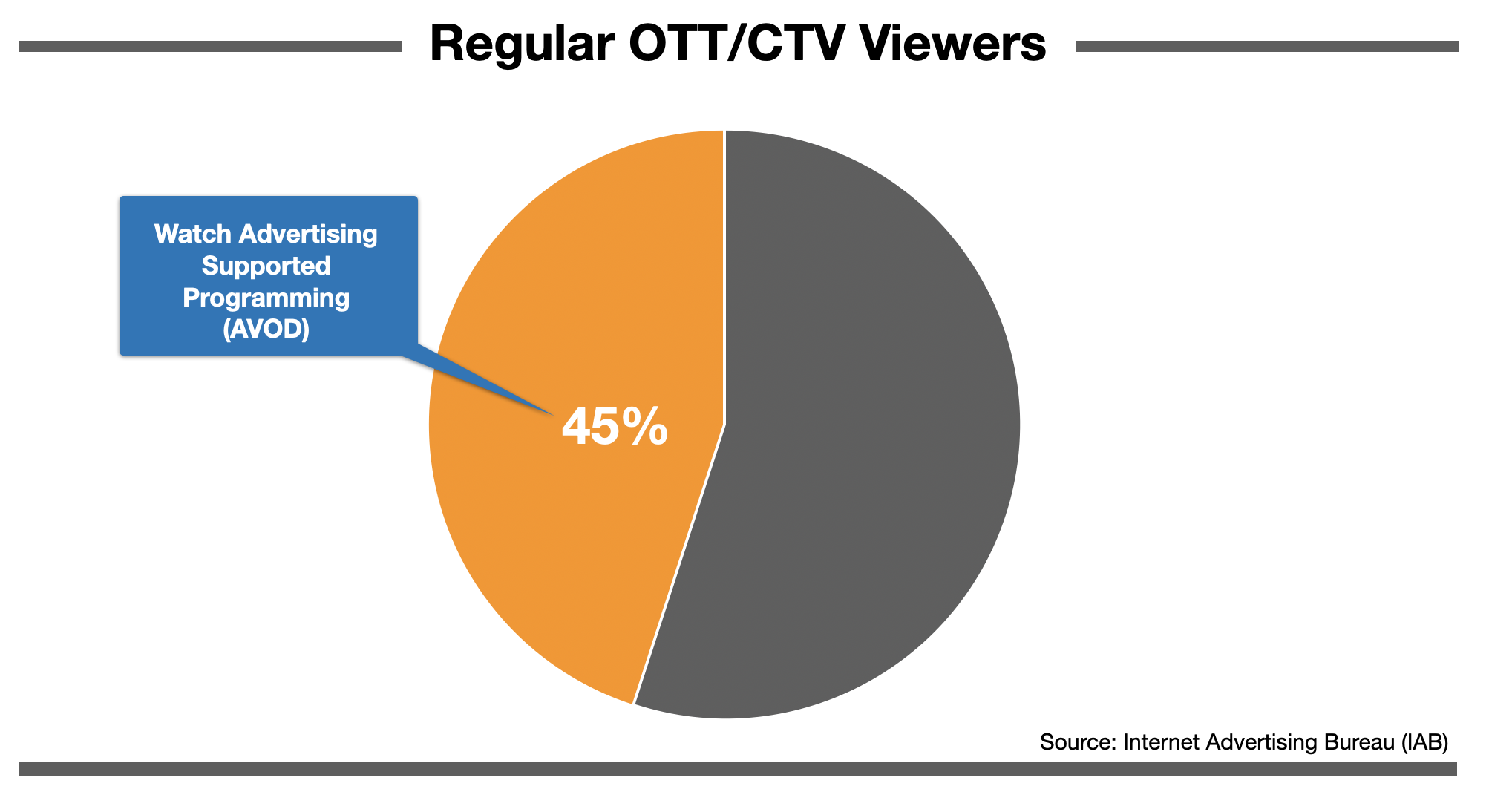 Perhaps the greatest benefit of OTT/CTV to both Las Vegas consumers and advertisers is that the medium is portable. Unlike local TV and cable, streaming video services are available anywhere the consumer has an internet connection. In 2020, according to a survey by Leichtman Research, 55% of adults watched video content on a mobile device such as a smartphone or tablet.  This up from 46% in 2019 and 33% in 2018.

Adding OTT/CTV advertising to a marketing campaign is not difficult.

Las Vegas small business owners and marketers can purchase OTT/CTV advertising through several local media companies, including Beasley Media Group. The cost to advertise is based on the number of advertising impressions utilized.