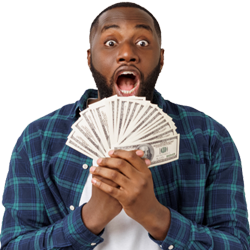 Earlier this year, based on projections from The National Retail Federation, Las Vegas area consumers were expected to spend more than $30.1 billion at retail this year, a 6.5% increase versus 2020. New data, however, indicates spending will be remarkably higher.

The NRF revised its data this month, and now expects annual growth of 10.5% to 13.5%. Based on these revisions, the Las Vegas area retail economy could now top $31.7 billion. Excellent news for Clark County small business owners.

“The economy and consumer spending have proven to be much more resilient than initially forecasted,” NRF President and CEO Matthew Shay said. “The combination of vaccine distribution, fiscal stimulus, and private-sector ingenuity have put millions of Americans back to work. While there are downside risks related to worker shortages, an overheating economy, tax increases and over-regulation, overall households are healthier, and consumers are demonstrating their ability and willingness to spend. The pandemic was a reminder how essential small, mid-size and large retailers are to the everyday lives of Americans in communities nationwide.”

To put in historical context for Las Vegas small business owners, Mr. Klenhenz noted that he anticipates the fastest growth the U.S. has experienced since 1984. The reopening of the economy has accelerated much faster than most had believed possible a year ago.

To capture the largest possible share of spending growth, local retailers will need to advertise. By the most crucial marketing metrics, the best best way to reach area consumers is by advertising on Las Vegas radio.

Each week, according to Nielsen, 1.5 million adult consumers tune-in to a Las Vegas radio station.  This is significantly more people than are reached by all other local advertising options, including TV, cable, streaming video, streaming audio, social media, and newspapers.

Reach, or the number of different people exposed to an advertising campaign, is critical to drives sales for Las Vegas retailers.

A study by Nielsen discovered the elements of an advertising campaign that had the most potent effect on purchase behavior. The results indicate that reach was responsible for driving more sales for the advertiser than branding, recency, context, or targeting. Only the message itself (creative) was more potent.

The vast reach that advertising on Las Vegas radio can deliver an extraordinary return on investment for local business owners.

Between April 30 and May 27 of last year, Nielsen analyzed the sales results of a retailer who conducted an advertising campaign during that period using both radio and TV.*

The bottom line of this study: Radio advertising produced a $28,000 increase in sales for every $1000 the retailer spent.

These findings confirm 21 previous studies by Nielsen, which demonstrate that, on average, radio advertising returns $10,000 in advertising for every $1000 invested. The chart below shows the range of returns from each study.*

*Study commissioned by Westwood One