Las Vegas Business Owners Can Improve Their Advertising With One Word 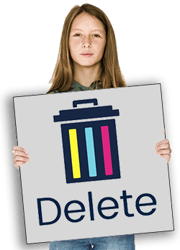 Mark Twain has some script writing advice for Las Vegas small business owners who depend on radio advertising to market their goods and services.

In other words, fill your commercials with lightning, not bugs!

Currently, according to the Oxford English Dictionary, there are 171,476 words in the English language. A handful of these words, Las Vegas small business owners can't use in their radio commercials. The Supreme Court of the United States says so.

Of all the words that can be used in broadcast advertising, however, there is one word that should be shunned: 'get' and all of its nasty derivative forms including 'got' and 'gotten'.  Here's why.

The typical 60-second commercial on Las Vegas radio consists of 160 words.  Depending on the station, each word in that ad could cost around $2.00.  It is important, then, that each word is carefully selected to engage listeners and then compel them to action.  This is especially crucial when using verbs.

"One of the best ways of grabbing and keeping an audience is to use strong, descriptive verbs," says the Writing Center at the University of Houston.  'Get' is not that kind of verb.

The OED lists 287 unique definitions of 'get'. These meanings include

Based on this diversity of meaning, writer and language consultant Nick Usborne insists that 'get' is a poor excuse for a word. "Get is passive, feeble, limp, flabby, and gutless. It hints at action, but communicates almost nothing."

To Mr. Usborne's point, if a word communicates nothing, then does it belong in a commercial on Las Vegas radio or any advertising for that matter? Some business owners must think so because 100% of the last ten commercials I just listened to used the word 'get' at least once. That's a lot of wasted words.

To make their radio commercials more effective, Las Vegas small business owners should examine their script and cross-out the word 'get' in all of its forms. Then, replace each occurrence with a more powerful, action-oriented verb.

For instance, an auto dealer commercial I just heard used the word 'get' three times in its commercial in three different ways.

Each time the word 'get' is replaced with an action-verb, an advertisement becomes more effective. It's what Mr. Twain would call 'the lightning.'

Besides getting the 'get' out of its advertising, there are 11 more ways a business owners can enhance the potency of their radio commercials: