Mother's Day, which happens on the second Sunday of May, is second only to Christmas in terms of holiday spending. Last year, Las Vegas consumers spent more than $173-million celebrating the women in their lives. That number is expected to grow again in 2020.

To claim a significant share of this Mother's Day cash, local retailers and restaurants will need to advertise.  By almost every key metric, advertising on Las Vegas radio is the best choice.

According to the National Retail Federation, men spend, on average, $237 each celebrate the moms in their life. This is 50% more than will be spent by women.

Each week, Las Vegas radio reaches 87.5% of all adult men. This is substantially more than are reached by local TV, newspaper, social media, or streaming audio sites like Pandora and Spotify. 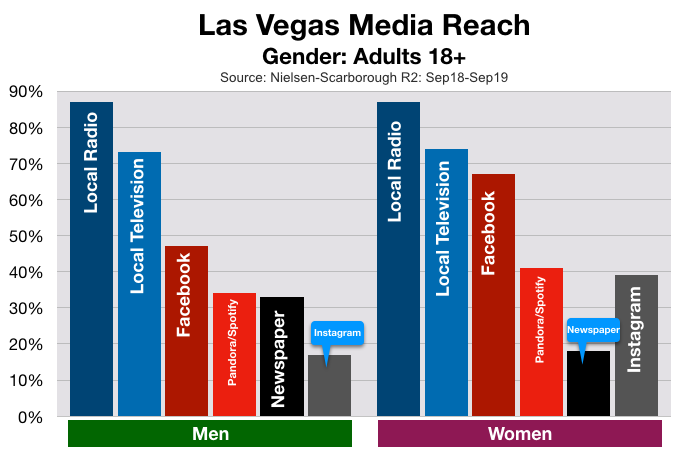 In addition to gender, age is a significant factor among Las Vegas Mother's Day shoppers. According to the NRF, consumers between the ages of 35 and 44 will each spend $248 on Mom, 26% higher than the average expenditure.

Las Vegas radio reaches 88% of all local consumers in the 35-44 year old demographic.  No other local advertising medium comes close. 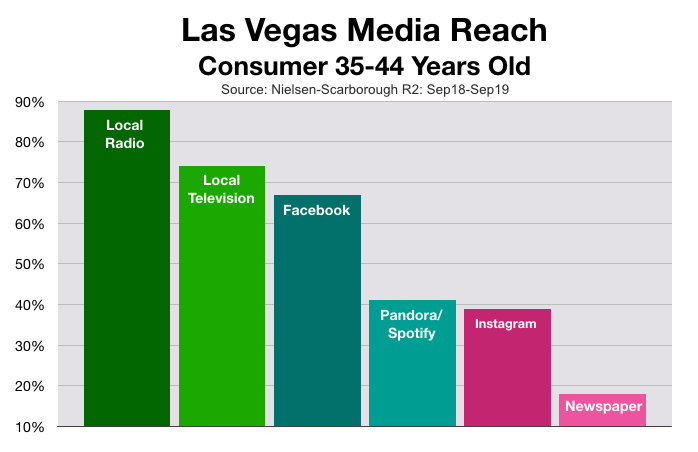 Mother's Day was proclaimed an official holiday in the United States in 1914 by President Woodrow Wilson. It was the culmination of a concerted effort by Anna Jarvis, who felt that most American holidays were biased toward male achievements. She believed there should be a special day honoring motherhood.

Despite Ms. Jarvis's concern that Mother's Day should avoid commercialization, the holiday now ranks second in terms of consumer spending. This is especially true in Las Vegas.

Between now and the second Sunday of May, here's how Las Vegas consumers will spend their money honoring the moms in their lives:

Then there are restaurants.

According to the National Restaurant Association, Mother's Day is the biggest dining-out holiday of the year. Las Vegas restaurant owners are expecting to feed more than 605,000 adults that day, with total sales of $23,600,000.

Restaurant visits on Mother's Day will be spread across four distinct meals. In Clark County, here's how consumers will be dining-out: 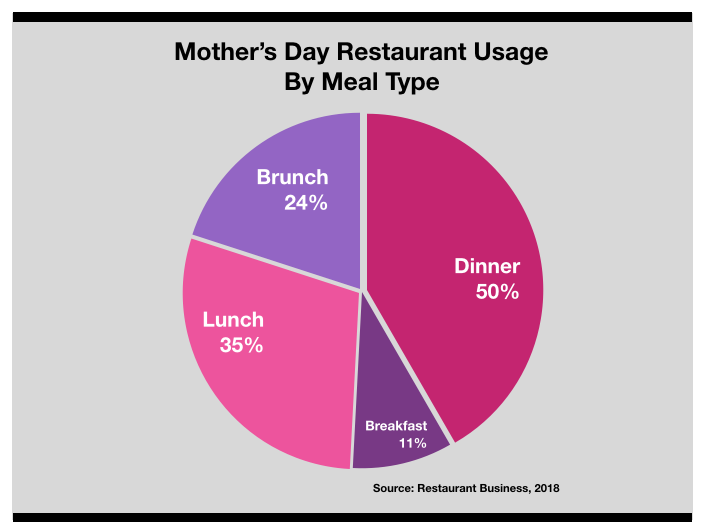 For Las Vegas area small business owners planning to advertise for Mother's Day, now is the time to get out ahead of consumer spending.

Based on estimates from the NRF, here is how much money Clark County consumers will be spending leading up to the second Sunday of May. 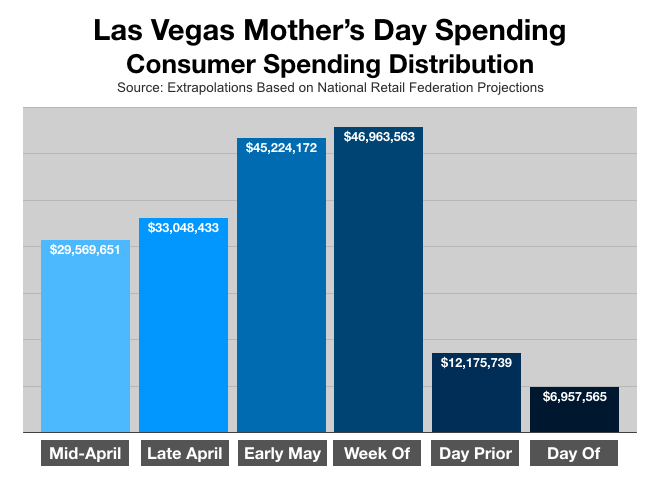