How Long Should My Radio Commercial Be? Las Vegas Business Owners Ask. 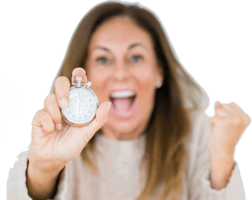 So, how long should a radio commercial on Las Vegas radio be? The simple answer: As long as necessary, but as short as possible.

According to "Seven Steps For Success", the length of a radio commercial should be determined, primarily, by the marketing objective of the underlying campaign.

Typically, achieving a branding objective requires 60-second commercials. At least at the beginning of a campaign.

Media expert Seth Godin describes brand as “a set of expectations, memories, stories, and relationships that, taken together, account for a consumer’s decision to choose one product or service over another.” Obviously, a message of this complexity would require a greater number of words, which requires more time.

Promotional objectives, on the other hand, seek to compel consumers to take a specific action.  This requires more commercials spread over multiple times-of-day on several radio stations to reach as many consumers possible.  By taking advantage of the lower cost of shorter duration commercials, 30-seconds for instance, advertisers can purchase the volume of commercials necessary to generate significant reach.

Reducing Length Does Not Reduce Effectiveness

Reducing the length of a radio commercial by half does not equate to a commensurate reduction of effectiveness.  Erwin Ephron, the architect of modern media planning, pointed out, “On a pro-rata basis, a :30 is worth half of a :60. On a communication basis, though, the difference is far smaller.”

A recent study by Forethought Research supports Mr. Ephron’s assertion. According to the study’s authors, when the effectiveness of shorter and longer length was compared, they found “non-significant differences in rational and emotional performance.” The conclusion drawn was that “consumers evaluate advertising communications by moments and that duration is not a factor in this process.”

There is no reason, however, that only one length of commercial should be deployed as part of an advertising campaign on Las Vegas  radio.  One effective way to utilize multiple length ads is referred to as “sequencing”.

To sequence a campaign, the business owner begins with longer form commercials.  In time, shorter length commercials are mixed in. This enables the advertiser to generate greater reach or frequency without increasing the overall investment.

Sequencing is effective because the human brain has the tendency to “thin slice”, a term coined by author Malcolm Gladwell.  This means, that after multiple exposures to an advertiser's commercial, the consumer can recognize and recall the substance the message after only a few seconds.

How Many Words Are In A Radio Commercial

Once a Clark County small business owner determines the length of their commercials, then the question becomes, how many words can be used.  Here is a handy chart to use as a guide:

Approximate Number of Words In A Typical Radio Commercial:

Note: When numerals are used in a  commercial, they translate to multiple words. For instance, the number 22 is actually two words: twenty and two. Web addresses are also multiple words. AdvertiseInTampa.com converts to six words: Advertise, In, Las, Vegas, dot, and com.  Also, using multiple multi-syllable words will drive down the word count.  Phone numbers are at least seven words, ten if the area code is included.

The two sentences below both have ten words, but the second would take twice as long for an announcer to read than the first.

There is no single formula for creating effective ads for Las Vegas radio stations. What follows, though, are 11 proven guidelines to assist in the creation of an effective radio commercial.