How To Choose The Best Las Vegas Radio Stations To Advertise On? 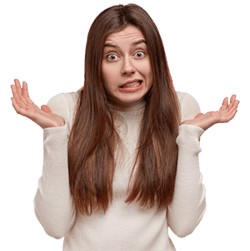 There are many ways for local small business owners to advertise. Options include local newspapers, local magazines, local television, and online. But to achieve the “3-Rs” of advertising success each, Recall, and Return, no other medium delivers results as effectively and efficiently as advertising on Las Vegas radio.

"Radio, by far, is my biggest source of advertising," says Aaron Taylor, (aka The Real Estate Guy). "We have sold more homes and made more money since I started advertising on the radio than I have at any other time before then."

Most small business owners, though, cannot  afford to advertise on all stations. So, how can they decide which are the right ones?  It can be determined by a marketing objective.

It is possible that over time, a business could have many different marketing objectives, but it is a proven, best practice for each campaign to focus on one. The objective selected should be crucial to the continued success of the business.

There are, generally, two types of marketing objectives:

Branding objectives focus on convincing consumers to believe something about a product or business. For instance, a financial planner in Brandon might want adults approaching retirement to regard her firm’s annuity plans as the safest way to ensure worry-free living.

Promotional objectives are used when a business owner’s goal is to encourage the target consumers to take a specific action, quickly. They are usually time sensitive with a specific call-to-action. For example, a Pizza Restaurant in Henderson might want working moms to order take-out dinner on their way home from work taking advantage of a two-for-one promotion.

A marketing objective should distinctly identify the target customer.  Age and gender alone do not provide enough insight to determine radio station selection or commercial content.  Examples of a well-defined target might be:

A business owner may have several different target consumers. For instance, a local bank might need to target homebuyers for mortgage products; entrepreneurs for commercial loan products; smartphone users for mobile banking products; and retirees for certificates of deposit.

Although each of these targets is a viable prospect for the bank, they are likely to have little in common including their choice of radio stations due to different lifestyles and stage of life.

With a well-defined marketing objective, a business owner can be certain every element of an advertising campaign on Las Vegas radio is designed to deliver the right message to the right audience at the right time.

Las Vegas radio listeners are fiercely loyal to their favorite stations. Despite numerous listening options, the typical listener tunes-in to two stations each week. So, to create a successful advertising campaign, a business owner must identify those radio stations that attract the target consumers defined by their marketing objective.

The question now becomes, which combination of these three stations should ultimately be chosen for the ad campaign? The answer is determined by the type of marketing objective.

Third: Choose Between Reach or Frequency

A branding objective involves creating or modifying a consumer’s belief. To do this successfully requires the repetition and reinforcement of the business owner’s marketing message. This repetition is referred to as frequency. Achieving the necessary 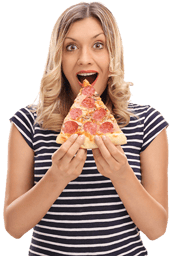 frequency can be accomplished by scheduling commercials on as few as one or two Las Vegas radio stations over a longer time frame.

A promotional objective, on the other hand, requires the largest number of target consumers to be exposed to a marketing message. This is referred to as reach. If a certain number of consumers in Las Vegas ready to buy, then obtaining the greatest reach possible among those listeners will increase the odds of creating a sale.

Achieving the necessary reach can be accomplished by advertising on multiple Las Vegas radio stations generally over a shorter time frame.  Note, each additional radio station that is purchased expands the overall reach of the campaign.

The owner of the pizza chain, in our example, has a promotional objective: to encourage working moms to order take-out on their way home from work tonight. Because this type of objective requires reach, then budget permitting, the campaign should include the three radio stations that comprise the majority of the target consumers.

The pizza example is far from fictional. 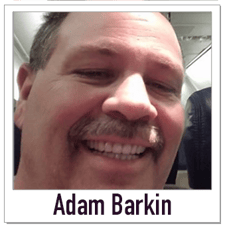 The success of Above the Crusts first store, fueled in part by advertising on Las Vegas radio stations, allowed the Barkins to open two new stores over the past year.  Eight more franchised locations will open up throughout Las Vegas by the end of 2020.

When a small business owner considers advertising on a Las Vegas radio, the information needed to make an informed station selection can be secured from a reputable radio account executive.  This information includes reach and frequency data from Nielsen; local listener profiles from Scarborough; and consumer insights from Gfk MRI.