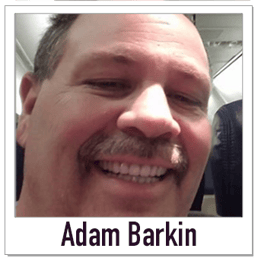 According to Nielsen, almost 500,000 adult consumers in Las Vegas visit a pizza restaurant every month. Ninety percent of those customers, tune-in to a Las Vegas radio station each week.  This is significantly more pizza consumers than watch local TV, read local newspapers, or logon to streaming audio sites like Pandora or Spotify. 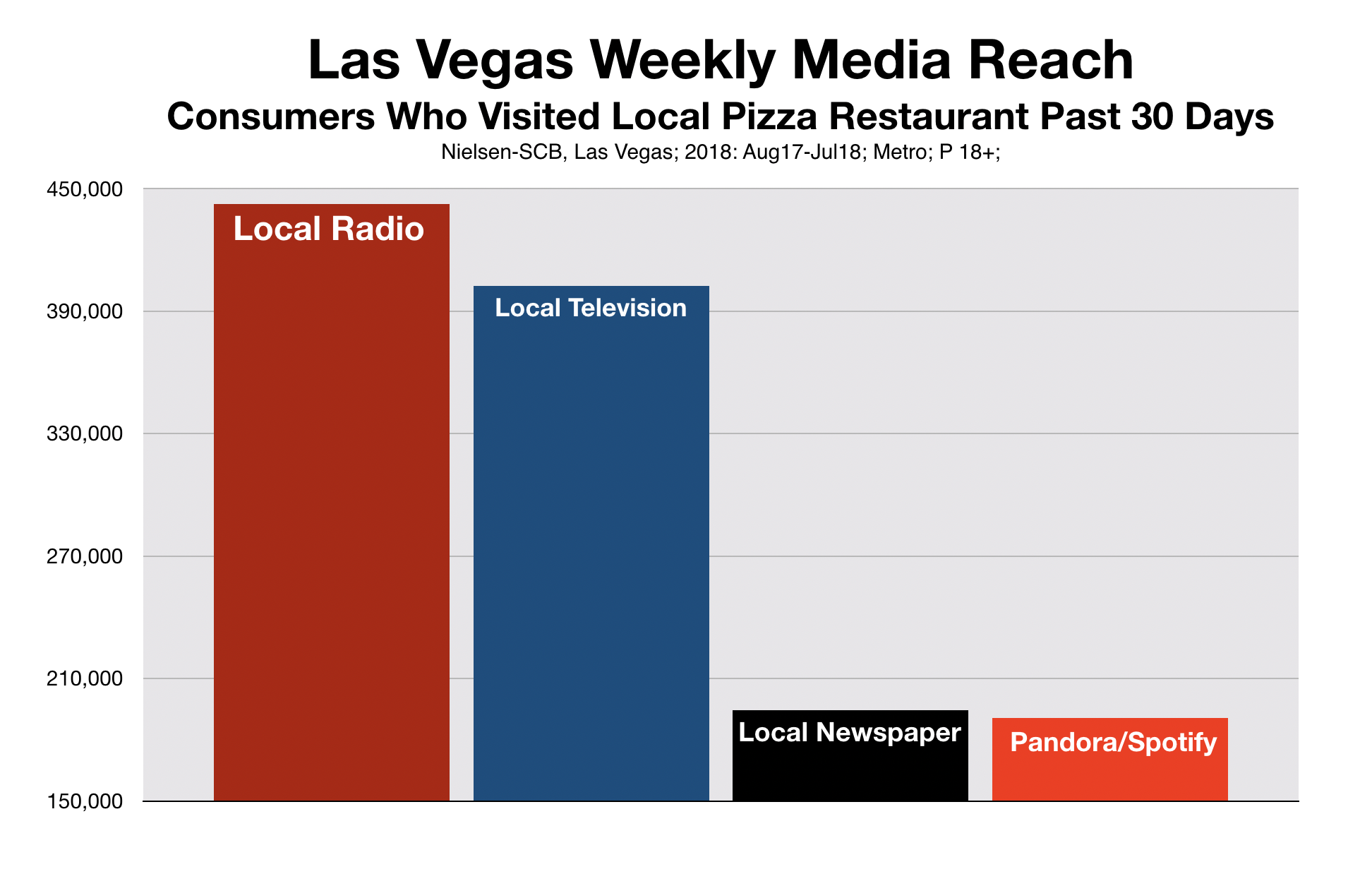 Prior to the pizza business, Mr. and Ms. Barkin worked for Wendy's, where the couple first met. He was district manager overseeing hundreds of stores. She was a corporate director of training.

"When we opened the store," he says, "we depended on direct mail coupons to bring in customers. The people who use the coupons, though, will only come in when we offer a deal.  These are not the type of people who we can count on to be repeat visitors."

He credits the ongoing spike in sales to two components of his radio campaign.

First, Above The Crust would pay to have Las Vegas radio personalities endorse the restaurant during their shows. "New customers would come into the store and tell us they were there because their favorite DJ recommend it. These radio hosts all have a very loyal following."

Second, instead of focusing on pricing, the way direct mail does, Mr. Barkin built his radio advertising campaign around in-store events like Family night.

"If we can get people in for other reasons then price, they are guaranteed to come back in because of the quality of our food and service. Radio advertising brings in these types of customers."

Mr. Barkin believes advertising on Las Vegas radio stations could work for other small businesses with one caveat. "You can't buy just one or two commercials per day on one radio station. That won't work.  You really need to invest enough to maximize reach and frequency."