How Much Do Las Vegas Business Owners Spend on Advertising? 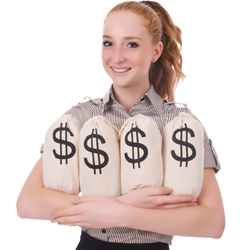 Now is a crucial time for Las Vegas small business owners to advertise.

According to the Conference Board, consumer confidence has surged to 110, the highest it has been since the onset of the pandemic last March.  The index has bounced back from a low of 89.6 in February.

“The recovery in consumer confidence is set to continue in the coming months, buoyed by the combination of improving health conditions and wider vaccine distribution,” said Lydia Boussour, lead U.S. economist at Oxford Economics. “This should support hearty consumer spending and pave the way for a mini-boom in economic activity this spring and summer.”

As Las Vegas consumers gain confidence, they are expected to unleash the record $9.1-billion in personal savings amassed during the pandemic. This number is based on figures reported by Barron's in November.

This combination of consumer confidence and the cache of cash-on-hand has led the National Retail Federation (NRF) to forecast a 7% increase in retail spending in 2021 versus last year.

According to Borrell Associates, a company that tracks advertising trends across the country, Las Vegas business owners are expected to spend $995 million to advertise the goods and services they sell. This represents an 8.7% increase versus last year.

Each week, according to Nielsen, Las Vegas radio reaches significantly more consumers than any other medium. 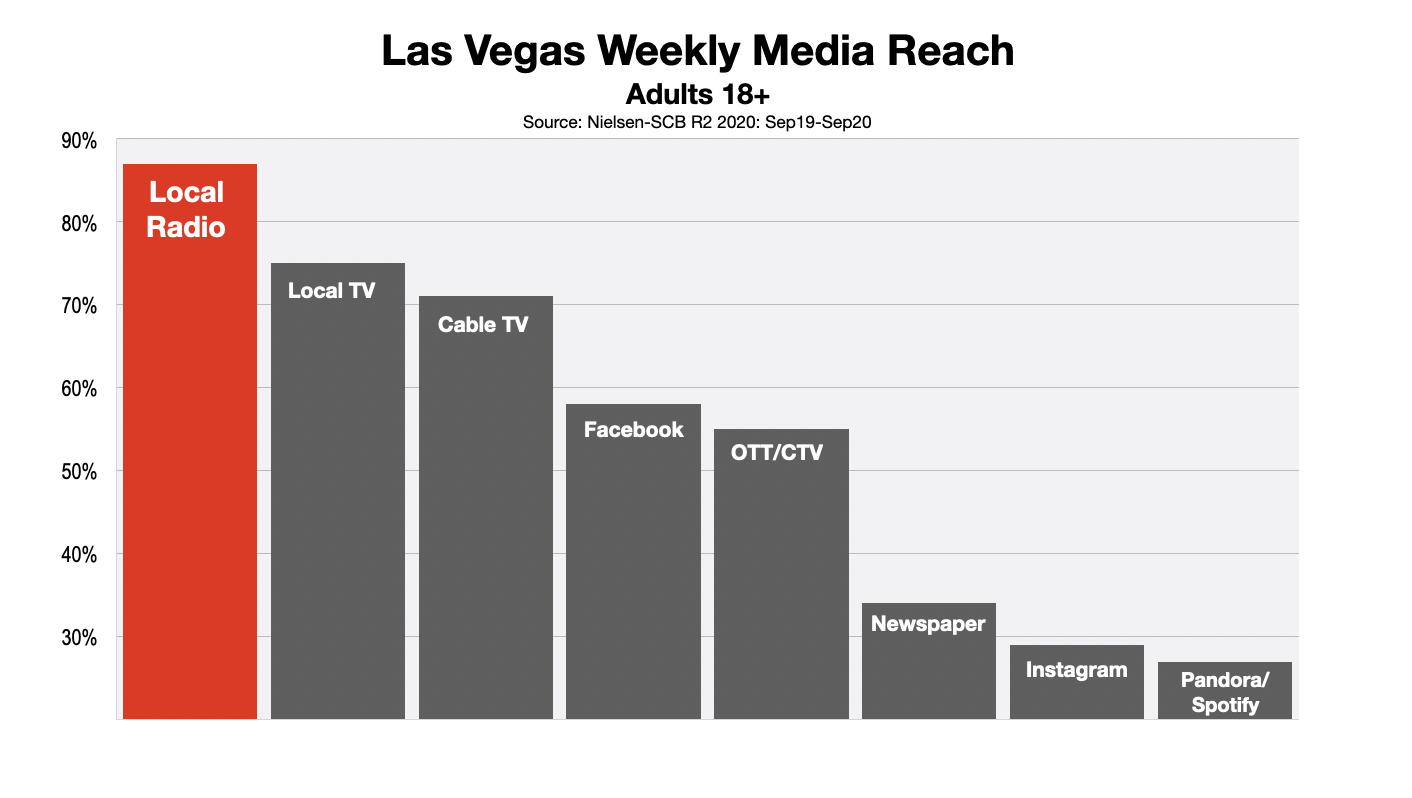 Radio's remarkable reach is especially true among Las Vegas millennials, who now account for nearly 33% of all consumer spending.

Reach is critical to the success of an advertising campaign.

According to a Nielsen study, after the actual content of the commercial message itself, reach is the most potent advertising element that can drive sales. Reach is more important than brand, recency, or even context. Las Vegas radio provides local business owners with the most extensive reach among consumers.

Local radio's immense reach is responsible for delivering the most substantial ROI of any Las Vegas advertising options.

AdAge, a trade magazine for advertising professionals, calls these types of returns "eye-popping".  The magazine goes on to say radio's ROI is superior to commercials on TV, online, and social media.

Since 1921, local business owners have depended on Las Vegas radio to help market their goods and services to area consumers. Today, despite an overabundance of marketing options, most metrics prove radio advertising remains the best choice.

*Study commissioned by Westwood One