How Newspaper Advertising In Las Vegas Compares To Radio 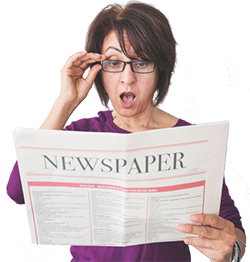 The voters' choice that night was between Warren G. Harding  and James M. Cox.  Both men had derived their political power as successful newspaper publishers.  It is quite ironic, then, that one of these men would reach the highest office in the land on the same night that the nascent radio broadcasting business began its takedown of the newspaper industry.

Nowhere is this takedown more apparent than locally, where radio has become, by far, the advertising medium with the largest reach among Las Vegas consumers.